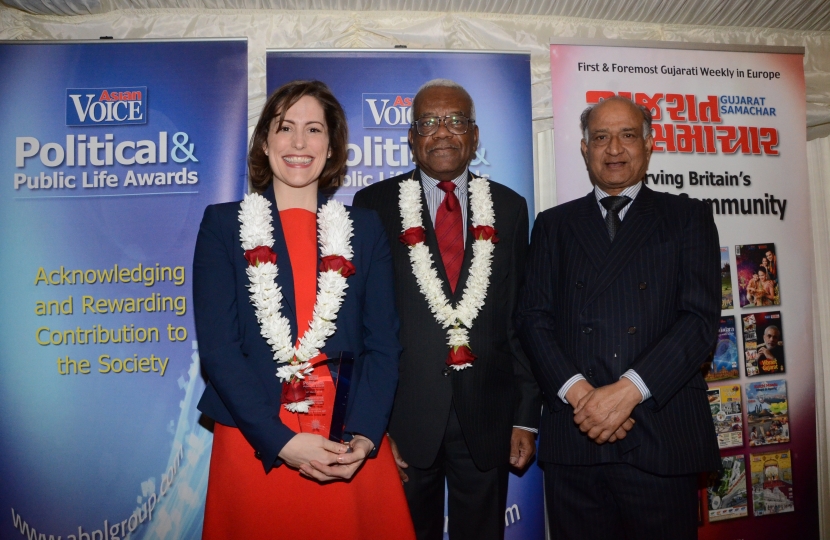 These awards are held annually to honour people who have made an outstanding impact in the preceding 12 months.

The ceremony was held in the Terrace Pavilion of the House of Commons, and was attended by high profile figures from the Asian community in the UK.

‘I was honoured to receive this award at the Asian Voice Political and Public Life Awards.

I strive to be a strong voice for Louth & Horncastle from the backbenches, and I am delighted my contribution on behalf of my constituents has been recognised.

These awards are also an important chance to celebrate the exceptional achievements of others who have a particular influence on our diverse society.