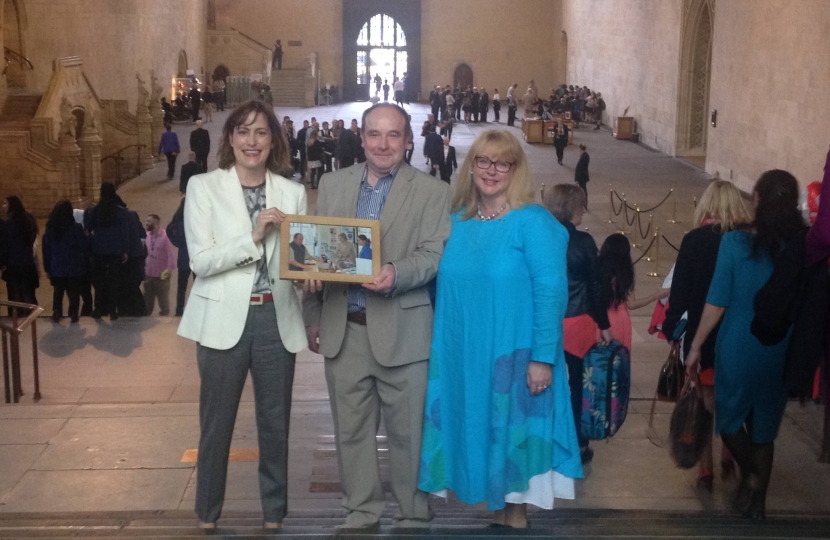 Victoria Atkins MP welcomed Woodhall Spa butchers Russell & Sadie Hirst to the Houses of Parliament so that they could present a hamper of homemade produce to the Prime Minister.

Theresa May visited Woodhall Spa last year to launch Victoria’s General Election campaign and called into the Hirst’s shop while she was there to buy some of their award winning Lincolnshire sausages.

Since her election as Prime Minister, Mr and Mrs Hirst wanted to congratulate Mrs May and thought that a hamper of their produce was the perfect gift!

They brought a hamper full of goodies, including sausages, pork pies and chine to Parliament last week.

They had an action-packed day in the House of Commons which included watching Prime Minister’s Questions.

“I was delighted to welcome Sadie & Russell Hirst to the Houses of Parliament with their Hamper of delicious produce.

The Prime Minister is in for a treat!”